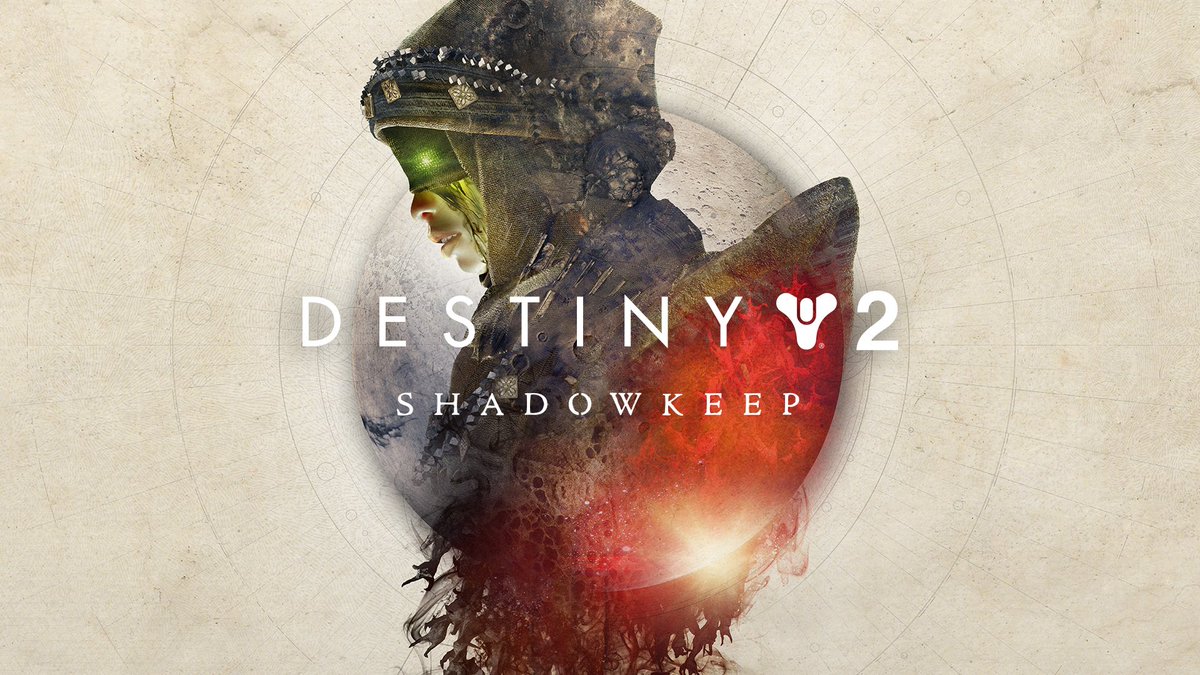 The Moon is totally haunted, if you decided to step into Destiny 2: Shadowkeep expansion. The third-year expansion of Destiny 2, which takes you back all the way to the Moon to investigate a mysterious dark geometric pyramid ship with everyone’s favorite depressed Hunter, Eris Morn. Putting you at the forefront for an emotionless epic, mysterious campaign adventure that will leave you with more questions than answers. But the real question on the curious mind is Destiny 2: Shadowkeep expansion worth getting?

Ah well, the hard part is writing about it to be honest. But to simply put it, if you don’t already have Shadowkeep. That means you’re either a New light player, or a veteran player waiting for every content to be released and a massively discounted price tag. But since Destiny 2 seasonal content come and go. Waiting for a sale is probably not worth it. As having Shadowkeep is the only way to stay relevant and ahead of the game if that matters.

Taking a heavy Drip-feeding approached to its content releases enacting heavily on the concept of FOMO (Fear of Missing Out). With seasonal content being retired and new ones replacing them each season. Which is why writing a complete, comprehensive review for Shadowkeep is harder than reaching the new soft level caps in Destiny 2. Without indulging myself even further. It’s time to answer the first question of the day, “So what, am I getting when I purchase Shadowkeep?”

For Starters the Standard edition of Shadowkeep grants you access to the following:

In suit with the now discontinued ( as of November 10,2019) digital deluxe edition accompanies the above with a few additional cosmetic items and three additional season passes. Which should last you a full year of Destiny 2 content if you started back in October first. 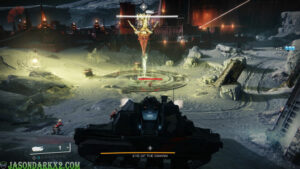 Well the Standard edition was a better purchase anyway. Simply because you wouldn’t be tied or committed to playing Destiny 2 for an entire year. With each season lasting only three months, time-gated content and FOMO is heavily present if you want everything.

The time to unlock every seasonal content such as weapons, armor, shaders, and universal ornaments is manageable. If you’re able to play 3 to 4 hour every day of the season. Whereas the season Title requires much more dedication as seen in seasons of Undying and Dawn. Therefore, if you don’t have enough time to play during a season, the season pass would be wasted. Thankfully, each Season pass can be purchased separately for $12cnd(1000 Sliver currency).

Now that we got the nit and gritty out of the way. Time to dive into the Bread of Butter of Shadowkeep. To be honest, Shadowkeep might not be as groundbreaking as what Destiny 2 Forsaken had offered. But Destiny 2 itself has certainly done something right, since I’ve already racked in 350+ hours on Steam at the time of writing this review.

The Shadowkeep campaign is short and largely forgettable, leaving one with more questions than answers within this already lore background heavy universe. At least the moon locale is pretty and mission structure is fun. Large scale maps with open terrains and beautifully crafted structures, that makes it feel less confined until you journey into the depths of the Moon. Roughly taking you 8-12 hours to complete with your first character, with alternate characters over light level 900 taking half the time. You could probably finish the campaign in one weekend. 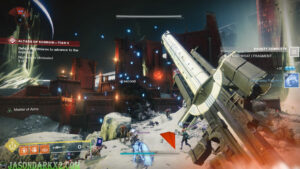 But with the season-based storytelling Destiny 2 is taking. You’re probably going to have to stick around till the end of year 3 to get the complete story. We’ll have to wait to see the complete story by the end of year 3 to give a verdict regarding Shadowkeep story entirety. But with what they did with Vex Offensive: final assault plot line. No epic final cut scene, just the same activity with different boss. Not exactly the epic season finale, we were expecting. This leaves many, such as myself to question if any effort was put into the story. Season of Dawn bringing more story to the table, but it's kinda "You have to be there" moments story telling.

Likewise, with seasonal content feeling like, oh you must grind this activity or else you’ll miss out. Since those contents are inaccessible after each season. If you plan to buy Shadowkeep it’s probably a good idea to purchase it at the beginning of a new season. To maximize the time, you have on your free season pass that’s included. 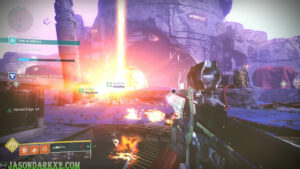 Seasonal activity is going to be 6 player match made horde activity with a story revolving around it. An active season pass is required to gain access to this activity. With what I’ve experienced in the season of Undying and Dawn. In honesty Destiny 2 seasonal activity content is subjective, you either like it or don’t. Thankfully, they’re optional. Since the rest of Destiny 2 with Forsaken already offers plentiful enjoyable content. You could pretty much end up never touching paid seasonal activity at all or potentially just playing/grinding nothing but seasonal content.

On the same end of that not so hot spectrum, is the Moon exclusive activity: Nightmare hunts. Starting out as a side quest for the expansions main campaign. Returns as repayable as a match made co-op missions from the Moon director after completing the campaign. Operating like a strike mission. But with little to no dialogue. You and a team of two other guardians fight your way through the mission area to kill a nightmare boss that’s it. Doing so earns you Moon Loot. Aside from doing it weekly to help you earn powerful gear to reach the current soft level cap and pinnacle gear drop on master difficulty.

Honestly the good parts of Shadowkeep, thus far is getting access to Nightfall Ordeal missions and the Garden Salvation raid. Being my favorite Raid now, second being Scourge of the past. Like most Raid team coordination is the key to success. Garden of Salvation encounters is simple, straight forward, and easy to learn. After learning the mechanics and finding the roles you’re comfortable with the raid becomes a cakewalk after 2 successful runs. With pinnacle drops after each encounter is without doubt the best reason to play through Garden Salvation once every week. 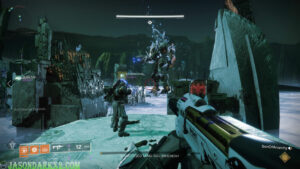 With Nightfall Ordeal, comes matchmaking nightfall option up from level 750 to 920. While it’s not a full matchmaking option for nightfall. It does give solo players, who don’t like LFG resources to find players. To be still able to play single weekly rotating nightfall missions with matchmaking and grind for gear if they wish to do so. Where nightfall Ordeal level 950 to 980 providing the best loot and pinnacle drop upon 100K score achieved still require one to LFG for teammates.

Oh yeah, Shadowkeep also grants you access the Moons Dungeon- Pit of Heresy. Honestly, it’s just one of those add to your bucket list of todo every week. Since it drops a pinnacle gear each week. This activity while fun the first time, after a couple of runs you’ll just be going through the motions. Which consist of looking for two more teammates on LFG, since there’s no matchmaking. Then proceeding through the hour and a half long Dungeon. While this dungeon is Solo-able, I wouldn’t recommend soloing every week for pinnacle if you want to keep your sanity. 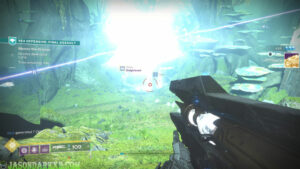 Speaking of pinnacle gear drops, the grind for pinnacles are mainly geared towards hardcore players. That want to maximize their light level pass the current soft cap e.g. 950(season 8-undying) and 960( season 9-Dawn). With weekly pinnacles drop readily available via Shadowkeep hardest content such as master nightmare hunt, Garden Salvation raid, Night Fall Ordeal 100K, Dungeon. It's the only reason why Shadowkeep is still relevant since it's only source for pinnacle gear aside from Iron banner armor Quests and bounties.

On the grind list, is the Destiny 2 Battle pass. 100 tiers of loot that’s if you purchased that season pass for $12 (1,000 Sliver) or used the one that comes with your purchase of standard edition or deluxe edition. Since the free stream is so abysmal leaving you empty gaps with nothing unless you have the season pass. You’re pretty much going to have to buy the season pass if want something at each rank or there’s something you really like. Otherwise it’s a matter, do you have the time to complete 100 tiers in 3 months in order to get your money’s worth. 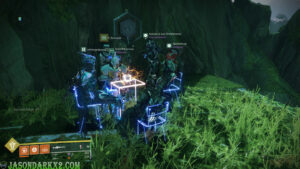 While it only took me three weeks to complete all 100 tiers of the season pass. But since I had three soft capped leveled characters doing weeklies bounties certainly expedite leveling process of the pass, during season of Undying and Dawn. Since I was primarily just playing what I enjoyed, it never really felt like a chore. It would really feel like a lot work for someone just starting out and/or not already invested in Destiny 2.

Aside from playing Shadowkeep activities that granted pinnacle drops every week during season of Undying. The only real grind in Destiny 2 nowadays is getting the correct rolls for your armor that has synergy with your setup/load out. With 7 slots of randomly generated stats, for some this certainly became a nightmare of a grind. This grind continues with season of dawn with new seasonal mod slot.

Fortunately, I was able to obtain a support and all-rounder build for my warlock so seasonal mod slot don’t concern me. Whereas my alternate characters; Hunter and Titan are feeling the negative effects of the Armor 2.0 grind.

Which is why I only focus on one character nowadays aside from trying to min max all three characters. When you max out the perfect gear it feels great. But with the fact that our gear can potentially become obsolete/irrelevant after every season paired with the idea of having to pay more money just to play more content that goes away afterwards every three months is making me question if it’s still worth continue playing Destiny 2. Having Finished all of Shadowkeep expansion core content, the expansion in honesty felt really half baked. Whereas paid seasonal contents that follows it is becoming unappealing.

Therefore, this brings us to the conclusion. Shadowkeep on its own is really for the players who are still invested in Destiny 2 and/or have already ran out of things to do. While Shadowkeep might not be as great of value as Forsaken expansion. Shadowkeep Raid and activities will help with your weekly power grind is worth looking into if you still enjoy Destiny 2.