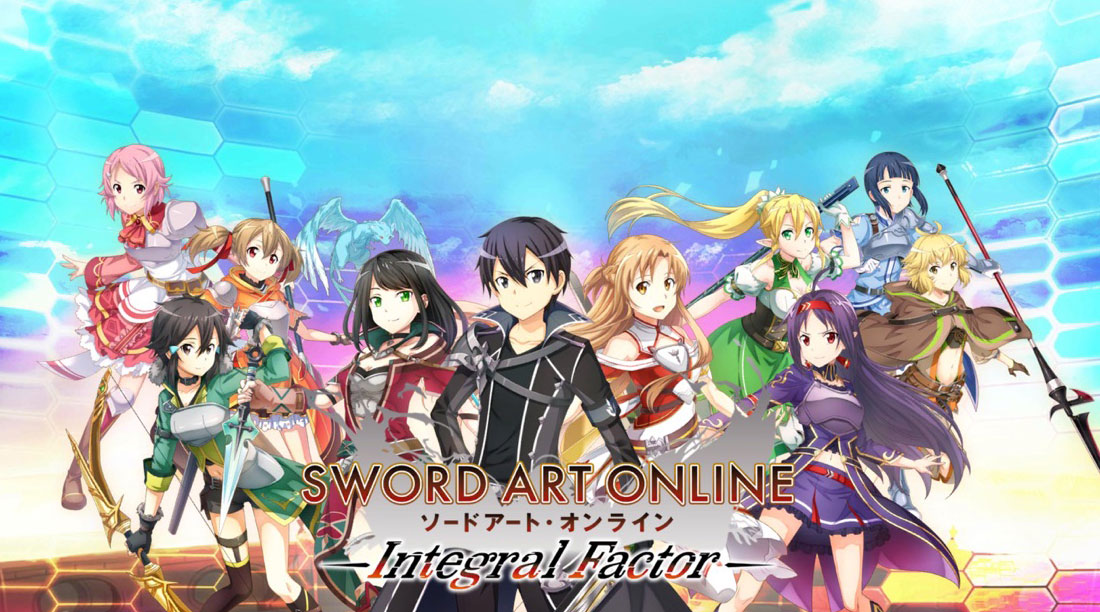 With its 3rd anniversary fast approaching in December, it’s a good time to see if Sword Art Online: Integral Factor is worth checking out now that the SAO Alicization anime arc has concluded, and the waiting for new SAO content begins. You’re probably wondering if it the game is even worth investing time into.

Well, one thing is for sure is it’s free to play on your phone and it's one of the better SAO game on mobile aside Sword Art Online Black Swordsman: Ace which is still in development. The gist of Sword Art Online: Integral Factor is it's an open world MMORPG game developed by Bandai Namco Entertainment for Android and iOS initially released in 2017, based on the SAO Aincrad Arc of the anime/manga series.

Putting you and your companion, friend Koharu in the front line assault team of SAO VRMMO death game. Story wise the game does a pretty good job dropping your character and Koharu into the already established storyline of Sword Art Online season 1. If you haven't watched the anime I'd highly recommended it, as the Story of Sword Art Online: Integral Factor is more of the behind the scene side line storyline that is somewhat correlated to the events in anime on each floor of Aincrad.

But if you have watched the anime, I'm guessing you'll probably end up like me fast forwarding most of the story bits after first 6 floors. Unless you're interested in seeing the reactions of other characters to you. Nevertheless, since you can fast-forward through the story scenes, it's pretty much guarantees that your dialogue choices have no effect on the story. Ta-Da

The developers originally planned floors 1 to 100. But recently have decided to scale back to only working on and releasing floors with significant importance in regards to the main SAO story instead. Which probably a good thing in my opinions because each floor in SAO:IF is a uniquely themed open-world level with some storyline revolving around the main SAO casts and you, in attempts to find a way to clear the floor and beat the floor boss. Replicating this process a hundred times would over saturate the game and make the game story even more irrelevant as it currently is, well at least the story from this point could only get better hopeful.

SAO:IF simplistic approach to an MMORPG gameplay wise is what I enjoy about the game. I can pop out my phone play a couple of story quest or dungeons for a few minutes. Then go about my day and come back to it later. Since the combat is simple and nicely paced, you'll never find yourself spending more than 5 minutes on a single mission. Unless you're not properly equipped for the quest. In SAO:IF you can pretty much customize your character to your liking. Since the classes you can play are weapon base, you aren’t limited to just playing one class and often find yourself switching weapons/skills to match enemies/boss elemental weakness.

While there’s a limitless possibility in your builds the only hindrance on the entire experience is depending how lucky you are on your Gacha rolls getting a four-star tier skill records for your preferred weapons. Otherwise, you’ll just be simply be using a weapon that has the best loadouts. Anything you don’t use can be equipped on your super friend, companion Koharu to either help you dish out more DPS or assists you with buffs while playing solo. The only thing you can’t change about Koharu is her physical appearance which is fine lol;p

Besides the Gacha system getting in the way of making the perfect character the way you want in the shortest amount of time unless you pour in real money to whale skill records or spend significant time earning Arcana gems. On paper the progression for SAO:IF might sound like a grind fest for free solo players, but if you utilize the party and guild system to play with other players doing higher level quest farming. It sure relieves you of the mundane solo grind experience like any other MMO game. It’s always more fun to play with other players than relying on your assist characters.

With two years worth of content free to play. Along side with events that seems to give out XP bonuses and items that are more relevant than the story. Replayability for SAO:IF is good and the time it takes to catch-up are minimal. But just between you and me, I’d have to admit XP leveling in SAO:IF is pointless aside from meeting the requirements for crafting/buying equipment and gear. Leveling up your weapon proficiency level is the only way to improve your DPS stats in this game. Therefore, anytime spent simply playing event quest or dungeons casually is already enough to get you going in SAO:IF.

Ah well, I think that pretty much covers everything, I hope. Anything I missed you could probably find out when you get into the game. But to answer the infamous question is SAO:IF still worth playing? The answer is simply, yes, it's certainly a good mobile MMORPG game even though you might not interact with other players or spend any money in the game. There are enough substances for the Solo players and those who like to play MMO games with friends. Plus, it’s free!

THE VERDICT
8.8
GREAT
Is it still worth it ?