With the debacle launch of Cyberpunk 2077 on last gen console late 2020. Skepticism about purchasing the game trickles into 2021. But Cyberpunk 2077 at its core is an exceptionally great game. As developer’s CD Projekt continues the patch the game to repair the damage done. Picking the right platform to play Cyberpunk 2077 is utmost importance if you want to play it right now.

Well, unless you’re lucky enough to have snagged yourself one of the most coveted items of 2020. Namely being a PlayStation 5, Xbox Series X, or an RTX 30 series card. Your chances of playing Cyberpunk are pretty darn slim. Even then your experience may vary depending on the platform as bugs and crashes that mostly plague the console version. While a little less on the PC versions of the game. But surprisingly the overall best place to play Cyberpunk 2077 is on Google Stadia, the cloud gaming service. 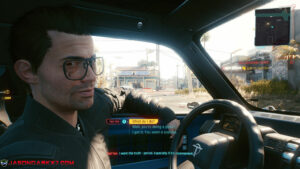 Yes Stadia is a thing now, with the successful launch of Cyberpunk 2077 being playable on their platform. $79.99 cad gets you Cyberpunk 2077 that can be played literally anywhere with an internet connection on any Stadia supported device with a screen, and input device. No need to purchase expensive hardware to play your games. Purchased Stadia Cyberpunk 2077 on release day and 140+ hours later. I can say they successfully converted me into a “Stadian” they call it. A TED Talk for Stadia would be appropriate for another time. If you are contemplating about purchasing it on Stadia, I'd say just do it. Probably the best purchase you’ll make unless your ISP speed is ugh... if you’re still feeling questionable about Cyberpunk 2077 itself please continue reading. 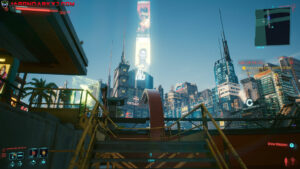 The major selling point of Cyberpunk 2077 is obviously the story. Taking place in the supposedly vibrant locate of Night City, you play as the Protagonist V who has three life paths that virtually means nothing right after intro quests when you meet your new BFF: Keanu Reeves, I mean Johnny Sliverhand. Right after the demise of your old BFF if you’re playing as a Corpo. Or in another life some guy, you just met on the first day on the job in a montage video and supposed to deeply care about throughout the game. 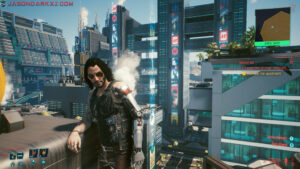 Strap yourself in for a nicely paced 40 to 70-hour joy ride campaign story doing everything with your favorite digital rocker terrorist with an age-old vendetta with the corporation who makes your characters home appliances. But is trapped in your head and wants you to do things, while disapproving every moral decision you make. It could be the other way around, love it or hate it. There’s love to be found in Night City, the best parts of Cyberpunk are simply the fine ladies you meet, but you can only have one of them. 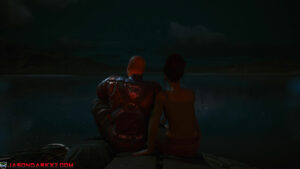 I won’t spoil the story since it’s the only good thing, it’s got going for Cyberpunk 2077 besides the visually appealing Night City and superb voice acting of characters. Depending on how much time you spend doing every story content aside from the main quest, like side quests and interacting with characters during quests. Greatly affects the overall impact Cyberpunk 2077 story. With multiple endings better make it count eh. So Ladies and Gentlemen, ready yourself for the best relationship/romance building experience with a handful of memorable characters ever written in an RPG game. 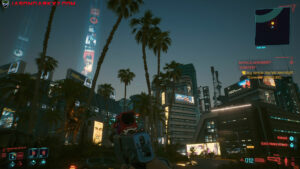 An RPG game where choices really do matter. No really, there’s no way to change your characters hairstyle or face after the creator. So be prepared to be stuck with an unattractive/ attractive protagonist who must dress like a lunatic early on in the game to survive in the visually eye candy, bare bone physics universe. Having you lay witness to the eyesore dressed character for several hours while in menu. All in while, in a game that tells you “Looks matter in Night City”, honestly where’s Transmog? 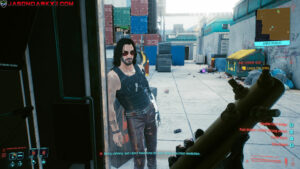 Where is a lot of things….? In Cyberpunk, one might ask. Mostly subjective to player preferences, the features we come to expect from an RPG pertains to deeper player customizations such as being able to freely change more appearance parts for: character, gear, vehicle, etc. Quest replay would be nice also be nice. The simple quality of life options enhances the players experience. Are nowhere to be found, since developers are busy fixing the Russian Rolette style bugs that will make you famous or literally destroy your efforts. Some will get it and some will live to see another day in Night City. So one can only hope quality of life features added as DLC or overhaul patches, without having to rely solely on the backs of PC game modders. 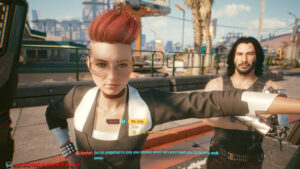 I am one of the fortunate ones, who went through the Cyberpunk 2077 campaign in 75 hours without any major issue. Though I had spec mostly in body building and melee weapons. Rarely used guns that felt lackluster due to the barebones mechanics paired with reloading bug at the time. Notably, stealthing in Cyberpunk is so basic and unbalanced, you’re better off not investing in stealth. By the time you can properly stealth much of the game is over. When naturally, feeling like a Tank punching my way to the top was the way to go. As hacking build is only good during the story portion. 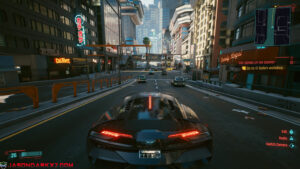 The endgame of Cyberpunk has you doing the least interesting portion of the game, clearing gig jobs in order to earn enough money to buy every car in the game as an achievement. When vehicles themselves feeling average with no customization option either.

Therefore, the plethora of skills available is merely there to overwhelm the player giving the sense of choice. When only two kinds of builds are worth investing, being a tank or a super hacker. Most of your skill points also better invest in skills that allows you to freely quests open doors without hunting down door codes. With the absence of a re-spec system or new game plus. It’s a design flaw that removes the players flexibility to experiment. Investing heavily in the wrong skill means you’ll have to replay the game from scratch to obtain the unobtainable achievements/trophy.

Since the story of Cyberpunk 2077 instantly looses most of its magic after the first playthrough. Second playthrough is strictly for biz to collect missed achievements. It’s harder to recommend more than two playthroughs of Cyberpunk in its current state. With subsequent playthrough without New Game Plus feeling like dragging feet across the game. Just like movies you watch it once or twice, then move on. 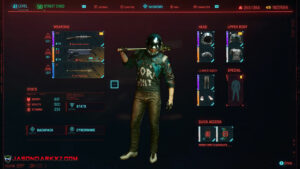 Move on I shall as well. While I did overly enjoy Cyberpunk 2077 as a male Corpo on first playthrough who in my opinions embodied the protagonist, better than my second playthrough as a female Nomad. Nothing in cyberpunk really felt a chore until you go for achievements/trophies. Which is why I find it harder to go through a second playthrough as another character. So after that 100% completion there will be nothing to do, until an asteroid named Downloadable Content struck your save game with new life. 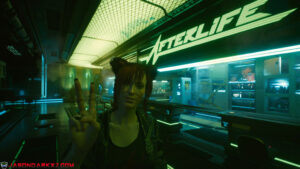 So in conclusion, should you pick up Cyberpunk 2077? Well the answer is easy. If you haven’t spoiled the story itself and have excellent hardware or just Stadia capable internet speeds to play Cyberpunk, it’s worth a playthrough or two. Just be prepared to temper your expectations, as it’s not the marvel advanced next-gen game to end all games, it was set out to be. But rather a bare bone, enjoyable gameplay experience with only the strong story holding it up.

Even then the story has its flaws that are subjective to the players verdicts. If you’re itching to play Cyberpunk 2077, I’d simply say go for it! It’s going to be a while till they iron out all bug/glitch that plague Cyberpunk 2077 on all platforms. But by then hopefully it be an entirely new game. For right now, just know that the Stadia version is playable from start to finish.