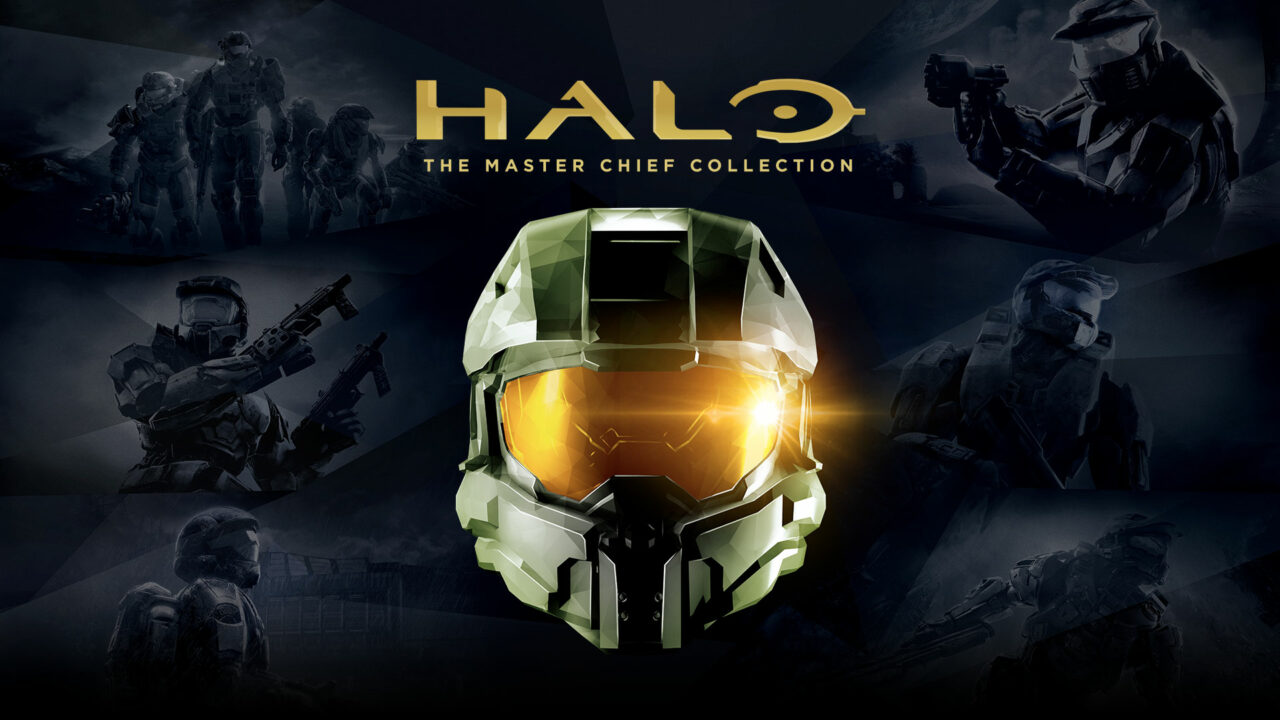 Whether it be for nostalgia or out of curiosity. You must admit Halo: The Master Chief Collection for PC is certainly a bang for the buck. But is it worth it? For a set of games which are almost a decade old that are just now finally on PC. Well, at least the pricing is reasonable, around $50 CAD gets you 6 full games in one nice package. But for those who like choices they can opt to buy games individually for $5CAD to $11CAD With Halo 3 ODST being the cheapest at $5.49CAD. Although there’s the option, buying individually is still more expensive than buying the entire collection. Therefore, I’d suggest getting the entire collection unless of course you desire only to play certain games from the collection.

While one might argue that they’ll never get the chance to play through every Halo game offered. Thankfully Halo MCC isn’t a live service game, so therefore you won’t be missing out on much if you decide to take your time going through every game’s campaign. It’s easily 50+ hours just go through every Halo game casually on Normal. If you’re up for the challenge doing LASO (Legendary All Skulls On) difficulty can rack up 100+ hours to your Halo MCC playtime. That’s if you enjoy PVE content and achievement Hunting the Halo Campaign is one worth playing through. 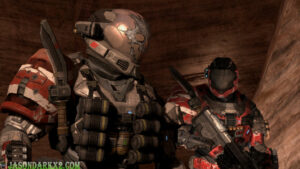 Whereas the Multiplayer aspects of Halo games still holds out strongly for the most part. Most importantly, I should mention that Halo MCC PC population is predominately North America. So other regions such as Europe, and Asia are going to struggle in matchmaking if they only search within their respective regions’ platform. Online gameplay will be depended on their connection speed if one chooses to search outside their regions. With the implementation of cross-play with Xbox players since Halo 4 release. It’s should relieve most of the Halo MCC PC population downturn.

Now it’s time for the Breakdown of each Halo games worth within Halo MCC: 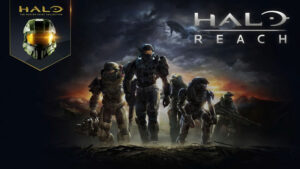 For the first game to be released for MCC on PC it held on strongly. Not surprising, though, since it’s the most content pack Halo games of the collection offering the most what Halo had to offer during its peak in Bungie’s Halo era. The graphical improvement and implementation of a new armor unlock progression was greatly appreciated. You can essentially unlock every Reach Spartan customization in a matter of months. Since armor customizations is usable in every mode of Halo Reach it never feels like a waste of effort. It’ being the second most played multiplayer game aide from Halo 3 and Halo 4 being the most recent. If you had to only pick one I’d say go with Halo Reach. 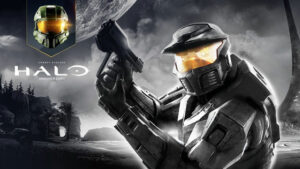 Halo Combat Evolved Anniversary the second game to be released for MCC on PC. While this is the remastered version of Halo 1 with better visual and audio improvements for the campaign and the multiplayer.

Allowing to seamlessly switch classic and anniversary graphics. While visuals and audio improvements are nice. The gameplay mechanics being over a decade old are starting aging not as well. Which why we rarely find Halo CEA multiplayer matches in matchmaking. Therefore, the only logical reason to get Halo CEA is solely for the campaign. If you got friends taking a trip down memory lane Blood Gulch match in custom games really fuels the nostalgia of the good old Halo 1 days.

Halo 2 Anniversary is a complete remaster with new rendered cutscenes and updated engine on par with Halo 4. While still allowing players to seamlessly to switch between classic and anniversary modes in the campaign.

Whereas the Multiplayer is separate into classic and anniversary multiplayer. Since anniversary makes additions to the gameplay to modernize the feel. While still allowing a classic multiplayer mode that stay true the original. Therefore Halo 2 anniversary campaign and being visually/graphically superior to the rest of the games in the collection. Is the primary reason to pick up Halo 2. Aside from the freakishly hard solo legendary/LASO campaign run, that’s only if you are looking for a challenge or a punishment from Jackal snipers lol? 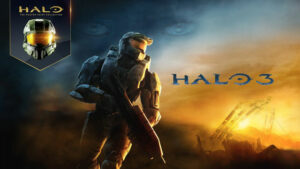 The fourth entry into Halo MCC was Halo 3 and it’s a no brainer must have game in your collection. It’s the best combination of the old classics that hasn’t aged much. While Halo 3 didn’t get the anniversary touch the gameplay and graphics still look presentable aside for NPC faces.

But most importantly the Multiplayer population is well populated and still very fun if you enjoy Big Team Battles in my opinions. With PC players finally to be able to Finish the fight, putting Halo 3 off any longer would certainly be a miss opportunity if you didn’t play the once an exceptionally good Halo campaign and multiplayer way back during the Xbox 360 era. 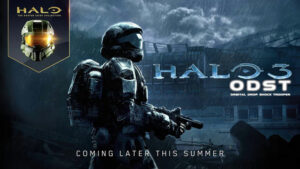 The fifth entry into Halo MCC was Halo 3: ODST an expansion to Halo 3. Taking a unique semi open world campaign experience, you play as ODST soldiers instead of a spartan. The sense of not being a super soldier gives an immersive survival experience, while playing as the an ODST on solo Legendary. That experience transition well into heroic firefight matchmaking, making the need to work together to survive makes Halo 3 ODST firefight a better horde survival experience. Opposed to the arcade feel of Halo Reach’s firefight. The cast of Halo ODST makes the campaign enjoyable. While it’s not a must have. It’s still a good addition to Halo 3 if you enjoyed that game campaign. 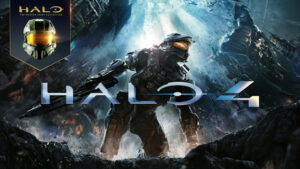 The sixth and final game in MCC is none other than 343 original entry into the Halo universe with Halo 4. While Halo 4 worth is certainly a debatable topic among the community. It simply takes Halo and modernize it all the way. With custom loadout, sprint, score streak, etc. My only gripe with MCC Halo 4 is the absence of Spartan Ops matchmaking. Since it would be a daunting task to go through 50 spartan ops missions on legendary solo without a group.

Otherwise the campaign is alright, and the multiplayer is much faster paced than your traditional Halo multiplayer or I’ve gotten older compared to back when I played Halo 4 during Xbox 360 era lol Honestly Halo 4 is worth picking up if you're curious about 343 style of Halo or just want to revisit Halo 4 multiplayer. But the traditional feel Halo 3 and/or Halo Reach multiplayer still triumph of Halo 4 modern gameplay in my opinions.

Honestly, why short-changed yourself by limiting your options by not getting the entire collection. But If you had to pick and choose, this is how I’d break it down: 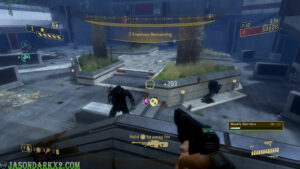 Overall, my experience with Halo: MCC has been pleasant and enjoyable. Going through every campaign on solo Legendary again was a nice trip down memory lane. Whereas doing LASO for the first time on the PC version was a vastly better experience than attempting it way back on the Xbox 360 days. Thankfully, with the inclusion of cross save you get both Xbox and Steam achievements and shared progress on both platforms which was nice. Though I think I’d be sticking with PC for Halo from now on. 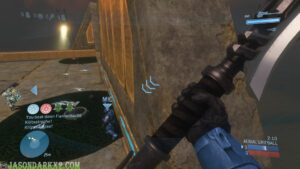 Aside from the campaign, playing the multiplayer is my favorite past time in Halo MCC. Although I don’t have a game preference, I mostly play Big Team Battle and have the search options set to every game. Now with cross play enabled getting into games is almost instant at any time of the day within the NA region. Thankfully the controllers are preferred input, so I didn’t have to figure out new ways on how to play Halo M/K one handed lol. Input based matchmaking option is in the game for those who feel strongly on the type of input people are using. ¯\_(ツ)_/¯

The only thing that keeps Halo MCC matchmaking from being enjoyable is simply balance. Nothing like being on a team with Newbies/trolls/quitters getting destroyed by experienced/coordinated partied up teams. Having to spend most these matches just surviving and/or waiting for it to be over. Although I must admit victory over partied up teams with a bunch of uncoordinated teammates is still satisfying. But evenly matched games are hard to come by since matches tend to be one sided. With either team dominating the other. The matchmaking in Halo MCC seems to work against you when you’re solo queuing doing well on a win streak. After awhile the matchmaking expects you to carry the entire team and a string of losing streak begins. Which is why I only play a couple matches a week Just to get my Halo fix and stop when I get a three win streak or a really good match. 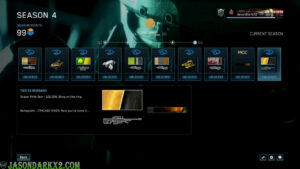 Thankfully the progression and unlock system for the most part been generous. All armors are unlocked by default except Halo Reach which introduces you to the Halo MCC season pass unlock system. New stuff like visor color, skins, and nameplate requires you to complete challenges and earn season points to progress and unlock tiers of the season. You can progress any of the available seasons and they don’t go away. Aside from seasonal cosmetics that are tied to absurd seasonal competitive rank challenges or the ones that require more than one player, several hours, and luck in order to complete if you’re a solo player. I generally don’t have the time to go for these anymore and most of them feel like a chore anyway. Completionist you have been cautioned. 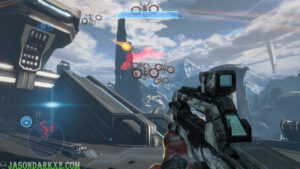 Besides the unbalance matchmaking, absurd seasonal cosmetic challenges. The missing features like split screen, custom game browser, campaign matchmaking, most importantly Spartan Ops matchmaking. Are among the bucket list of things holding back Halo MCC (PC) from being the perfect Halo collection. Although they claim to be in the process of eventually add missing features along the way. Till then what we’ve got to play with is alright. Unless you really need those missing features, this might be a deal breaker for some.

Well, that pretty much covers everything and at the end of the day Halo: Master Chief Collection on PC is worth it. Six games for the price of one is certainly an offer hard to turn down since the Halo campaign on PC are now a timeless masterpiece. Whereas the longevity of each game’s multiplayer may vary. Not having to use an Xbox console or pay for an Xbox Live Gold subscription to play Halo online is already a massive win in my books. While also fueling my nostalgia for Halo and easing the wait for Halo Infinite.

THE VERDICT
9.5
AWESOME
Is it still worth it ?