Oh Halo Infinite, a game 6 years in the making. With so many potentials just result in another botched Halo release. It's no surprise that 343 industries somehow manage to yet again botch the launch of another Halo game. The half paid, half free to play game that’s exceptionally more expensive to play at release than its predecessors spanning the last 20 years. Halo Infinite was supposed to be a return to Halo form.

But it might just end up burning a hole in your wallet if you don’t play your card right. Fresh off the boat, the $79 CAD campaign price tag is certainly not worth it. With the absence of core modes/features such as co-op, firefight, forge, and tradition mission replay features like time/scoring. Means you’re essentially paying more for less, while some of these modes are promised to arrive in a later date. Invoking the ideal of having us pre-ordering core features that should’ve been there in the first place is laughable. Thankfully, there’s a solution to Halo Infinite unusually expensive campaign pricing. Simply use the $1 CAD, 3 months Game Pass Promo/trial offer. 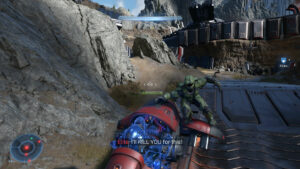 I used the $1 CAD, PC Game Pass trial found on the Windows Xbox App. Afterwards, I simply proceed to blow through the relatively short Halo Infinite campaign on Legendary, followed by a LASO (Legendary All Skull On) run in a matter of a week. After achieving 100% completion, my total Halo Infinite campaign experience lasted a grand total of 32 hours. While the campaign is relatively shorter if you were to play on lower difficulties. Legendary, is doable up till you run into bullet sponge close quarter bosses that can one hit kill you on sight. One of the campaign flaws that might deter some from attempting high difficulty play through. But Normal/Heroic seems the most balanced in terms of difficulty. 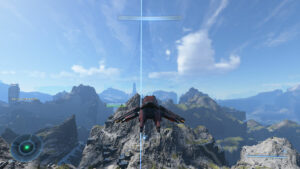 In terms of the overall campaign story, without spoiling anything. In my opinions, it lacks the sort of exciting momentum to propel it. While also leaving out a lot of key details, if you haven’t been keeping up with the story through external materials, such as Halo books/comics. It essentially feels like the Master Chief is tasked with going from point A to B and things just happens at the Banished doorsteps, checking off a everything Banished must die list. The irony is even the Master Chief couldn't answer why he keeps doing "this"? By the time the campaign abruptly ends with an ominous “To be continued…”. It's here's something and now it's gone experience. 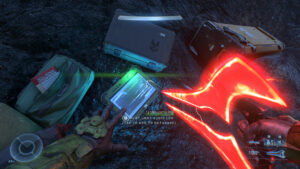 Suffering the similar problems with most modern open world games. Halo Infinite, open world is rather bland with its single biome type, of trees and rock formations lol. If it wasn’t for the easy 1K Gamerscore achievements, I’d probably wouldn’t have bothered with exploration, doing the collectibles. Collecting all the audio logs being the hardest task in the campaign with no proper tracking. But once you cleared all side activities and collectibles, there’s no reason to go back. 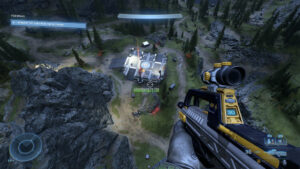 As there are not enough unique landmarks outside of the non repayable campaign missions. You can capture so many FOB (Forward Operating Base) until you realize it’s the same kind of FOBs, just pasted all over the map. The fun you can have with the grapple hook outside of speed running missions can only last so long. The campaign tries to do a lot but a master of none. While leaving out core features like co-op, mission replay, campaign scoring etc. But things included feels half baked to be considered as full priced game.

Likewise with Halo Infinite Multiplayer portion. They decided to leave out a lot, rather than taking prior successes into consideration. They’ve decided to reinvent the Multiplayer aspect of Halo again. But this time, taking all the worst aspect of multiplayer gaming such as FOMO, RNG, luck-based challenges and shoves into a somewhat frustrating and unsatisfying multiplayer experience. If anyone was expecting the Halo MCC (final version) Multiplayer level of quality, content, and features. 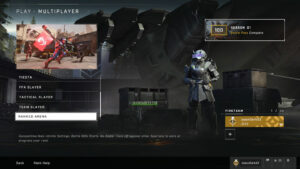 Would be disappointed at the slow roll out of many core features and fixes. Such as being easily to search for the different type of Objective/Slayer playlists or simply a custom game browser. While we all can consensus that the gameplay is fun, when it works that is. Riddled with bugs, glitches, that come and go a list too long to list honestly. But desync issue is negatively affecting the multiplayer gameplay experience since release. Followed by the embarrassingly broken Big Team Battle matchmaking for nearly two months (thankfully fixed as of writing). It’s no doubt things will get fixed eventually, but given the track record of how long it takes 343 industries to fix their games. It’s going be awhile until Halo Infinite Multiplayer will be great, at least it’s free to play eh. 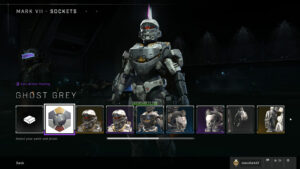 With free admission into the Multiplayer portion, leads us into the second concerning issue of Halo Infinite Multiplayer. To compensate for the free to play aspect, they’ve decided to heavily monetize the player customizations options. All while gutting the Multiplayer Progressions in the process. While the Premium Pass isn’t worth it in my opinions. But as a free player, your first helmet unlocks outside of events is at tier 81 or 78 to 80 hours into the Multiplayer experience. 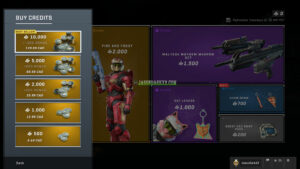 Unlocking Armor and cosmetic Items are the highlight of Halo progression, most of it is now locked behind a FOMO rotating store. Pressuring one, if you don’t purchase an item when it sold or play during a certain week. You’ll never know when an item will return. But with armor core customization restrictions, it's probably best to use whatever you can get for free than purchasing everything you see in the store. Just to realize it doesn't work with your favorite core. Therefore, even purchasing stuff from the store is a risk lol, if you aren't paying attention. 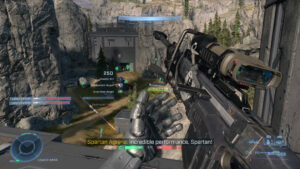 Followed by the RNG challenge system that seems to work against everyone. Even though it's only means of progression, all while granting subpar weekly rewards. The challenge system forces players to play a certain mode, playstyle, or use certain weapons. Some of them are even flat out broken. But the big take away is challenge system is ruining the game for everyone. Players who focus on challenges, result in poor performance, losing matches, and/or having to quits matches until finding the game mode they require for a challenge. Turning matches into a super sweaty (competitive) or where no one plays the objective. It’s an unpleasant progression system that feels unnatural and swapping out the ones you don’t want to do, will eventually cost you money if you ever run out of free challenge swaps. 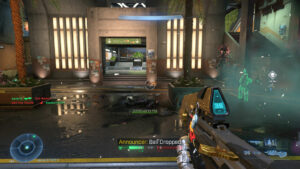 I personally don’t even bother with the weekly challenges unless there’s an event going on rewarding free cosmetics items that requires challenge completion. Otherwise, it’s just 7 bot matches to level up the Battle Pass one tier using the daily challenge XP bonuses. But having already completed the battle pass and unlocked decent number of free cosmetics to use on a single armor core, there’s literally no reason to continue playing Halo Infinite outside of events. As XP are rendered useless after battle pass completion, along with victories and good performances only mattering if they are for challenges. With the absence of a proper anti-cheat, it’s almost laughable to take anything seriously in Halo Infinite MP. Even if ranked wasn't broken and infested with potential cheaters out to ruin your experience. So maintaining the $0 spent in Halo Infinite is the best rank and status in my humble opinions. 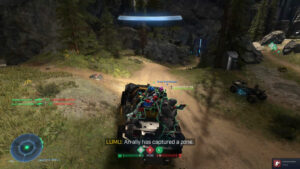 While it’s pretty disheartening to see another botched Halo release. Being a long time Halo player, It’s easy to see that Halo Infinite has so much potential to be a great Halo game. But due to 343 industries decisions to release a game that solely focuses on profits rather than quality. We are left with a bare bone, incomplete, buggy game to play with. As we continue to wait for fixes and more quality content that it eagerly needs. Thus, resulting Halo Infinite in its current state, just being an okay game until further notice situation. With so much already on their plates in terms of fixes and content. The constant promises that things will get better eventually, while not delivering in a timely manner is actually hurting the game more. If it wasn’t a Halo game, I and many others probably wouldn’t be still playing it honestly.