The Division 2 was single handily the best Covid-19 pandemic lockdown pass time for the last year and a half, well for me at least. Anyways, now that things are going back to normal hopefully. Is the Division 2 still worth picking up at it's ridiculously sale prices? 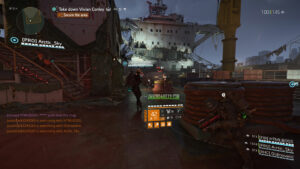 If you’re deciding which version of the Division 2, you should get. The Warlords of New York Edition is hands down the best version to get. Since it includes the base game and the New York expansion. As the end game requires it, and level capped loot pool from the base game is largely irrelevant nowadays. Unless, of course you wish to stay in the more or less unpopulated Level 30 Gear Score 500 bracket.

The Division 2 base story in DC is forgettable. But since you’ll yourself playing through parts of it multiple times, it will eventually be beaten into you. The New York campaign story was a more enjoyable experience than the DC one. Afterwards the end game season manhunt objectives don’t really expand the story in a meaningful way that’ll will keep you intrigued. But rather something to do as you replay through existing content, in search for better loot. 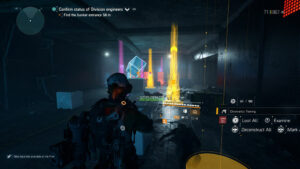 Thankfully, if you don’t feel like playing through the now irrelevant 0 to 30 leveling up portions of the Division 2. The Warlords of New York edition provide one with an unlimited level 30-character boosts. Which puts your character at the start of the New York expansion campaign. But doing so will disable achievements for that character and miss out on a handful of cosmetics which you would’ve unlocked through regular playthrough. I'd just use mine for more storage and resource sharing as having more than one character doesn't provide any major benefit except maybe an extra weekly exotic cache. 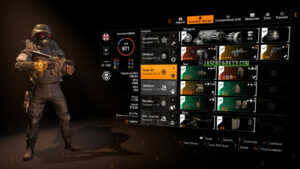 Speaking of end game content. When you’ve completed the New York campaign, all your prior level (40) and gear score is replaced with an infinite leveling system called SHD rank that is shared progressing among all your characters that have completed the New York campaign. Which indefinitely extends the replay value of the Division 2 if one likes to rank up. The highest rank player I’ve seen are usually around SHD 10K. Although rank is infinite the upgrade tokens only require one to go up to 1K in order to unlock everything. Afterwards, it’s just loot hunting, and optimizing gear is your primary end game. That’s if you haven’t already obtained the gear you wanted before reaching SHD 1K. Otherwise the tactical gun play and messing around with different loadouts for PvE content have you come back every week to play a few hours. 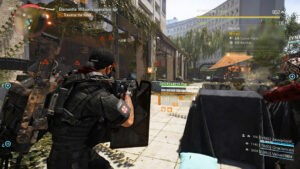 The progression neither feels like work or a chore in my opinions. Popping in and out to play the Division 2 when I feel like it is rather welcoming experience. As time invested in reaching higher levels constantly rewards the player. The expansion content you purchased are always there for you play any time. The only timed events are the seasonal manhunts that usually last 4 months. With well optimized gear and/or teammates you could literally burn through all the weekly events in a day if not a day before reset. Tuesday are most populated day for matchmaking PvE content right after the weekly reset, Afterwards it's peak hours during Friday nights and the weekends. In my opinions the individual Seasons Passes for the paid tiers aren’t worth purchasing unless you want the cosmetics they provide.

I should also mention that my 800+ hours spend in Division 2 was spent playing on Stadia, yes the Google Stadia. Performance was exceptionally good, and I’d consider it a perfectly ported Stadia game. It has cross-save, and cross play with PC players. So, the population isn’t much of an issue in the Stadia version. With the add benefit of being able to literally play it anywhere using a Chrome browser and/or Stadia mobile app. All while saving disk storage and update download time. The Stadia version is the best choice if you got the internet speed and bandwidth. 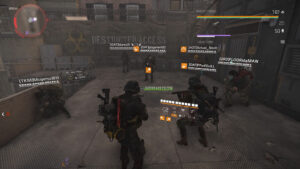 As the content drought continues a dwindling population trend is noticeable in some areas as of the game. Thankfully the core PvE endgame of the Division 2 remains predominately the most enjoyable and populated portion of the game which can be played solo or cooperatively. Whereas the PvP aspect, such as the DZ and conflict mode is pretty much a take what you can get experience. I honestly don’t even bother with the Division 2 PvP modes anymore. Since the useful PVP exclusive loot pool is also available in PvE endgame content through more time consuming means, but less stressful. Makes one wonder why anyone would venture into the Division 2 PvP modes. But it’s there if one wants to part take. Don’t go in expecting rainbow and butterfly in Division 2 PvP, you have been cautioned lol 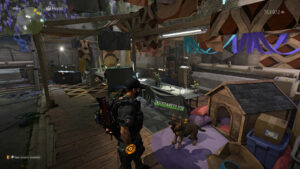 To simply put it, is The Division 2: Warlords of New York edition still worth? Well, it’s debatable really. On the one hand is if you got friends still playing it, I’d say go for. If you got the time to catch up, you’ll have a solid PvE endgame sandbox to play with on a weekly basis.

Ultimately, it’s down to how much time one has available to invest into this kind of looter shooter games. To get the most out of the game. But since the Division 2 only peaks during release of new content which have yet to be seen. You’re probably better off spending that $10 to $20 on a single player game in the meantime.

THE VERDICT
8
GREAT
Is it still worth it ?