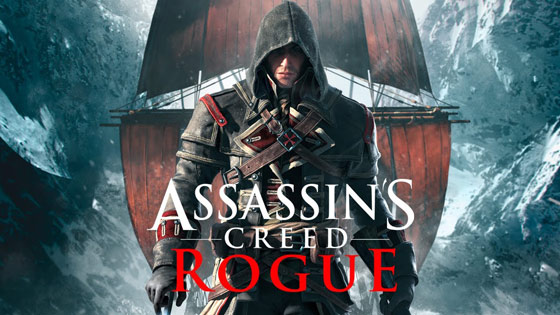 Assassin’s Creed Rogue the epic conclusion to the Kenway saga and the end of an era of last generation Assassin’s Creed games sending it out with a bang back in November 11, 2014 on the Xbox 360, PlayStation 3, and the PC on March 10, 2015. With that in mind, does it still live up to today’s standards and still worth getting if have yet to play it…?

Well, if you’re the Assassin's Creed fan that has already played Assassin’s Creed Unity, or the late comer that jumped on Assassin's Creed IV: Black Flag ship. There is something to be loved, by everyone when playing Assassin's Creed: Rogue. Even if you’re new to the franchise, Rogue can make a solid entry to the series on its own, that’s if you want to get right into the action.

From my experience of playing Assassin's Creed Rogue on my PC with 970 GTX on an NVIDIA surround triple monitor setup with max out settings. It’s truly an eye candy experience, it goes without doubt better looking than Unity on the current generation consoles considering that it was a last generation port to the PC. Which it’s graphics quality still holds merit to today’s standards. Personally, I would highly recommend Assassin's Creed Rogue on PC over the console version simply because of technicality and playing with Xbox One controller on PC is so much better in my opinions. 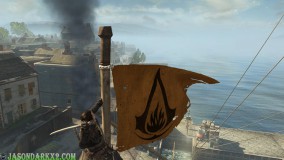 Storywise you play as Shay Patrick Cormac a young Irish man who was part of Seven Years’ War(1754-1763) starting out as a trainee under the Colonial Brotherhood of Assassins, You’ll progress through Shays memories in a 6 sequences storyline, which is probably shortest Assassin's Creed game to date taking roughly 13-15ish hours to complete it. But surprisingly the main quest line is satisfying for how short it is. It manages to pull off a very compelling story that encourages you to continue to progress, leaving hints of what’s to come after each mission and ending each sequence of a significance importance. 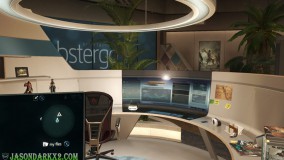 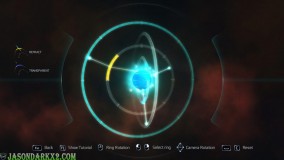 Abstergo Employee of the month 😀

Meanwhile the present day back story, which seems to be lacking ever since the end of Assassin Creed 3. But what Rogue has to offer greatly contributes to the overall new direction of the series. Playing once again as the Abstergo Entertainment Employee of the month from AC4, using the animus to relive Shay’s memories for the Templars schemes this time around, while introducing new higher rank Abstergo Templar agents to modern day fry. The modern day experience does also try to get new players up to speed. But it doesn't do it really well or effectively as AC4 did.Since the core story is far more interesting and memorable leaving much of the modern day almost forgettable. Well, at least Rogue’s modern day experience is a lot better than what Unity had going on in the present, I’ll give them that. 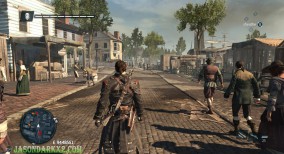 But being a badass assassin Templar such as Shay means you have the skills of an assassin and the resources of a Templar at your disposal making earning money a breeze simply renovate places and watch your hourly income crease. Leaving you more time to hunt and take down assassins gang hideouts with your brutal moves and weapons. 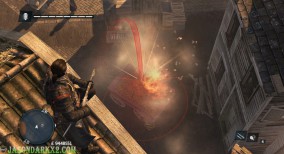 With the tides changed, Rogues introduces a couple new gimmicks to the game that takes things up a notch. Now that you’re a Templar prepared to be stalked by assassins just waiting to kill you, luckily you’ll have a whispering sound effect to alert you when you are being stalked simply fire up your eagle vision in an effort to spot them. In most cases from my experience they usually come up in the most inconvenient times, for example, during boss chases or trying to stealth a section.

What you’re supposed to do is use your new air rifle to lure them out with fire crackers or blow them up with a shrapnel grenade to the face. But what ends up happening in my case was simply air assassination or hidden blade them cause if you played enough of the series assassin, hiding spots are always bushes, rooftops, or around the corner. To be honest, it’s a good mechanic which feels underutilized simply becoming just an annoyance for experienced players.

Which brings up the next topic Bosses, why do they always run…? Yeah, every major assassin boss encounters usually starts with a medium to long chase around town/area, then thus ending with an Air assassination, If you’re hoping for some epic sword fight with the very best Like Adewhale or Achilles. Nope, you’re not going to find it here. The only closest boss sword fights are the forgettable one in small rooms where you often have to use the environment to damage them. It was certainly a letdown for me in this department for Rogue. 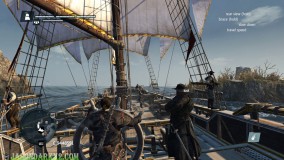 Well, at least the Morrigan ship is amazing, "yup, I couldn't agree more". But for that fact they decided to go with a tedious upgrade system from Assassin's Creed 4 where you have to search the oceans and board ship to gather resources in order to upgrade her. She’s fast and lethal, the new Puckle guns work like a charm for taking out ships. Burning oil is another good addition to naval combat, nothing like a burning trail of fire to slow them in their tracks. Overall the Morrigan is personally my favorite ship in the series. With its arsenal, it makes naval combat intense in Assassin's Creed Rogue. 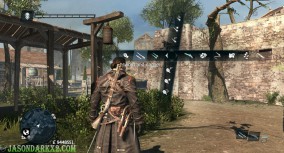 With so much at your disposal, what Assassin's Creed Rogue most lacking aspect would very well be its lack of replay value. With the absence of a multiplayer or co-op modes. Much of its replay value long after the end credits are simply the traditional assassin's Creed 100% completion, collectibles, and achievements unlocking which would extend the gameplay to little over 30 hours. Since a single play through of any assassin creed again is good enough in my opinions, can’t really expect anything less from an Assassin's Creed game.

Overall would Assassin's Creed: Rogue still be a contender for a worth wild game..? Yes and no. Yes, if you’re a long time Assassin's Creed fan that’s looking to get in some great Templar/assassin action Complimented by an excellent story telling that wouldn't bore you with politics like Unity did.

Rogue combines some the best qualities of the older games into one smaller game, qualities such as: lovable/memorable protagonist, naval combat, classic Parkour, and excellent main theme song. The only reason to skip is if you’re looking for a full fledge Assassin's Creed experience it’s better to look elsewhere. But I'd admit Rogue does deliver as a good short and sweet kind of game. With a now low asking price nowadays, why miss out of such an epic adventure.