Destiny 2 a FPS looter shooter game turning action MMOFPS/MMORPG. Now entering its third year, with the release of its third expansion ShadowKeep. Leaves many to wonder is it still worth getting into Destiny 2 at this point? Well, that’s easy, there’s a free version call Destiny 2: New Light that's coming on October 1st, 2019 to all platforms: Xbox, PlayStation, PC, and Google Stadia, no love for Nintendo Switch >.<

While I may not be a destiny 2-year 1 veteran who played during the games dark days. My biggest gripe with not playing during Year 1, is missing out on the exotic selfie emote. But after 100+ best of year 1 engram later, I finally obtained the selfie emote. Anyhow, I’ve been playing nothing but this game for the last 6 to 8 months or so. So, who else better to sit here and write a Destiny 2 still worth it? review. Than actually playing the game, big oOF.

Some background information, I obtained the Destiny 2 Base game during its free giveaway on Blizzard store in Fall 2018 and didn’t get around to playing it until January 2019. Then hopped on to the Forsaken bandwagon in April 2019 by June 2019 I was already out of content I could do solo.

Perfect timing indeed it was. In that time frame I’ve got to experience the best of Destiny 2, from the prime time of gambit, Outbreak Perfected exotic quest, raids and the Menagerie. While still surprisingly able to get caught up on everything, just before the release of ShadowKeep. But to be honest, anyone getting into Destiny 2 now with Destiny 2: Forsaken - Complete Collection is going to be overwhelm with all the things they can do along with ShadowKeep.

There’s a lot one can do in Destiny 2, breaking it down in numerical values. On a single character, the main campaign (Red War) would roughly take you 24 hours to complete, Expansions 1 and 2 would take you about 8 hours, Forsaken campaign up to the point where you unlock the dreaming city is another 24 to 30 hours, that’s 60 to 70+ hours of campaign content which could be played solo or cooperatively with up to 2 other players.

since there are 3 character classes (Titan, warlock, Hunter) you could pretty much maximize the playtime by experiencing each class play style, since having three different classes is more beneficial than having three of the same class. But the real replay value is during the endgame loot chase/grind and seasonal activities. That can easily rack up 1K+ hour of playtime. While Destiny 2 might have a lot to-do, and with more on the way. It’s certainly not a game that can be easily recommended to everyone.

That’s because Destiny 2 grind has been associated as becoming a “Full-Time Job”. It’s no joke, Destiny 2 grind can have you grinding the same activities for months or weeks before you’ll actually get that perfect rolled weapon, or that one exotic item looming you. This becomes especially notable when they decide to throw in tedious time-gated activities; such as 2019 Solstice of heroes, Moment of Triumph, Revelry. Just to name a few that will have you playing Destiny 2 like a full-time job before a deadline. Before their event loot is locked away and/or unobtainable. 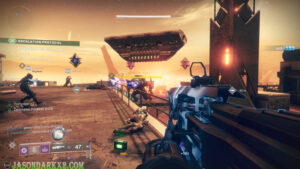 But hey, Destiny 2: Shadow Keep will be introducing seasonal battle pass like style loot, with past loot coming in and out of rotation. But that just means be prepared to grind some more time gated content before they go away. Through Forsaken lifespan, they did introduce many opportunities to earn more powerful loot and skip activities you didn’t like, while still be able power up. Which was nice, when you’re first starting out because that gave you different opportunities to enhance your character without having to dive head first into raids until you’re comfortable.

I’ve been playing for a while now and I only switched mains once. Went from a Hunter to Warlock in order to be competent at the Heroic Zero Hour jumping puzzle to get the Outbreak Perfected Catalyst. Totally worth it, unlocked the catalyst after 5 weeks and I mostly play as a warlock now. Thanks to solstice of Heroes grind, I end up making a Titan as well. But my favorite class through out much of Forsaken time has been a warlock. Since I primarily enjoy the PVE content of Destiny 2, the Warlock provided the best tool sets. But I have made considerations to make a full on pvp build either as a Hunter or Titan during shadowKeep. That's surely a full on discussion for another future post.

Overall, each class is fun and enjoyable with their strengths and weaknesses. While gameplay is getting a major overhaul with the release of shadowKeep. The core of Destiny gameplay experience is simply fast paced action, with explosions everywhere, guns that feel beefy, supers’ abilities are flashy and very powerful. While being able customize your build to suit your play style the way you want. That’s Destiny in a nutshell. Meanwhile me looking at my screenshots for this review, it’s mostly white screens from all the explosions o.O and since you have to be motionless in order to use in game screenshot button on PC lol. 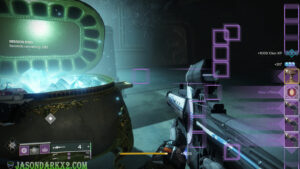 One thing for sure, as you make more characters of different class the loot gets better. The most notable experience was getting 3 Exotics in one day for my warlock, and the Selfie emotes on my Titan. Once thought a long grind, now just feels like just playing a game. I enjoy playing every week night and raiding with clanmates on weekends.

Much of Destiny 2 grind is RNG luck and a process of elimination. Do a certain activity until you obtain the gear you want, then move on to next activities. Since there’s a lot to do within Destiny 2, there’s always something for a player to do every time they log on to Destiny 2. Therefore, if you value your time and want to play other games as well. You should avoid getting hooked on Destiny 2 loot chase because you could probably find yourself only enjoy playing Destiny 2 for a very long time like myself( around 1.2K+ hours) and still looking forward to new content lol. There’s a lot of catching up to do, if you hop on Destiny 2 come October 1st.

Which brings us to the second aspect of Destiny 2. Destiny 2 is a social game, there’s no way around it in fact a full fledge social game. You’ll have to go out to find and interact with people on a daily/weekly basis. That’s because most of the end game content that have the best loot doesn’t support matchmaking such as raids, nightfall, exotic quests, and heroic Menagerie. 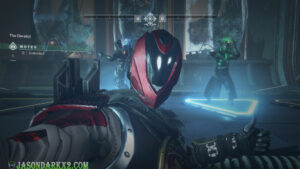 Playing Destiny 2 with friends and/or with other people, who are on the same page as you. Makes Destiny 2 experience way more fun and entertaining. Thankfully, with social services such as Discord and Reddit, that provide LFG services for destiny players. You’ll never have a trouble finding people to play Destiny 2. Though joining the right clan helps one builds lasting relationships with a group of people, who are as passionate as you are about playing destiny 2.

In my opinions smaller to medium size clans that regularly play the game is great for building a lasting relationship with people. While the bigger ones with multi clans are better for LFGs and groups that are usually disband afterwards.

Clan size limits are 100 people per clan and you only allowed to join one at a time. But with Discord servers. This allows one to join and check out different clans LFGs channels and interact with members before committing. I personally avoid the ones with lucrative requirements. But it will be interesting to see how the clan landscape plays out when the influx of new light players joins the game. 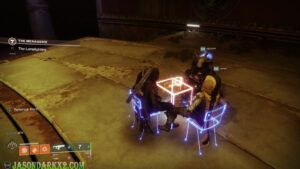 Lastly Destiny 2 requires you to be constantly learning and grow along with its community. Yep, as I write this review and think to myself, yeah Destiny 2 kinda feels like a job because in order to be an effective Destiny 2 player, you’ll need to be an effective communicator, constantly learning, have experience(lol other people LFG posts), but most importantly becoming a team player and the other shenanigans one would require to get a job done.

Destiny 2 is no slouch about it either. You’ll constantly be required to learn new gameplay mechanics and looking ways to optimize your guardian. Thankfully, with the digital age, destiny 2 information is readily available and a helpful/friendly community that’s able to assist or answer questions. While like most multiplayer games, toxicity does exist within Destiny 2 communities, it’s so minuscule you wouldn’t even notice it, if you don’t seek them out. Destiny 2 communities are one of the best one I’ve been a part of; I’ve made more friends playing Destiny 2 than any other game.

Well, that pretty much covers my experience with Destiny 2: Forsaken (as short as possible) leading up to shadowkeep. Much of Destiny 2 experiences should be experienced and explored first hand as everyone experience with the game is vastly different, except maybe PVP crucible grind. With a lot of changes coming with Destiny: 2 ShadowKeep on October 1st, 2019. It’s certainly a good time to hop onto the Destiny 2 bandwagon. Try out Destiny 2: New Light, first before you fully commit to Destiny 2 with Forsaken and shadowKeep.

THE VERDICT
9.5
AWESOME
Is it still worth it ?