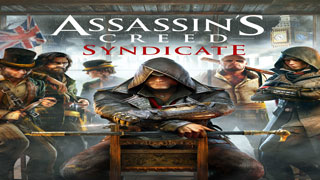 “As gangster assassin Jacob Frye, you will recruit your gang to fight for justice on behalf of the oppressed working class. Lead the underworld to take back London in a visceral adventure filled with action, intrigue and brutal combat.”

Assassin’s Creed Syndicate will be single player only this time around no co-op mode like Assassin Creed Unity. Ubisofts Dev teams have been primarly focusing on making an massive open world of Victorian London, which will be 30% bigger than Assassin Creed Unity map.

Some of the key features of Assassin’s Creed Syndicate:

Assassin’s Creed Syndicate is already shaping up to be even better than last year Assassin Creed Unity which I have still yet to play. But the absences of co-op makes me want to hold out on another year of Assassin's Creed until the perfect one is made simply because the big selling point of unity was the co-op in my opinions. So what are your thoughts on a gangster assassin's creed game? do you like where this is headed? leave your comments below and may the best assassin survive.