So, when you pick up the Elite Series 2 what's included: 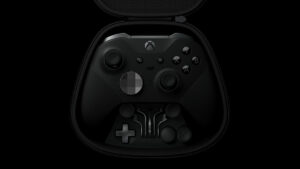 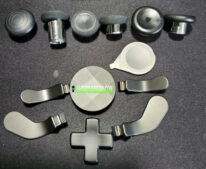 To simply put it, a handful of parts you'll probably only swap in and out once or twice until you find that sweet spot that works for every game. Aside from the controller, charging dock, and braided cable which I found myself using the most. The paddles on the bottom of the controller are where's the value is at for this controller. Paired with its versatility connectivity options of Bluetooth and/or corded via USB-C makes it a future proof controller. That is virtually compatible anything that has Bluetooth, including the Xbox Series X. 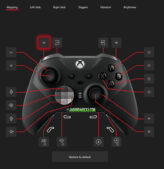 The true gem of this controller is not only the physical customization options. But it's ability to store profile configurations, which allow one to remap virtually anything on the controller: buttons, stick sensitivity, trigger dead zones, and vibration intensity. Up to three profile can be stored on the controller and easily switched between using the profile button on the controller.

The only limitation is you'll need to use the Xbox accessories app on an Xbox Console or Windows 10 PC to configure the profiles. That and not being able to map button combos on paddles is my one of my major gripes keeping the elite controller from being the perfect controller. 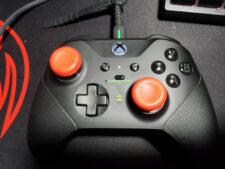 While I personally used my Elite Series 2 controller more on PC than Xbox consoles. I highly recommend getting a cable that’s more suited to your setup length. As the included nine foot braided cable is not all that feasible while sitting relatively close to your setup. Having to constantly wrap the cable to the appropriate length. Otherwise opting for the Bluetooth connection will suffice if one is not doing competitive gaming. As with most Bluetooth controller’s latency comes into play.


The 40-hour battery life will last you a week of casual gaming on a single charge. But honestly, who really trust battery life when you are playing multiplayer games. Thankfully, the included charging dock and carrying case allows it to be easily charged and stored when not in use. Fully charged, and ready for your next gaming session. Well, that’s pretty much where all the good things for Elite Series 2 controller ends.

Like its predecessor, the Elite Series 2 also suffer from some durability and quality issues. Some of the quality issue I've experienced are loose joystick parts coming off while in use. Mainly the Left joystick for me when I go to push forward after holding down LS to sprint. Just to realize I was left with a peg and the joystick part on the floor somewhere all while playing an online multiplayer match, big Oof.

The other less durable part that one might end up losing is the rubber cover for the hair trigger mechanism. Mine came off while gaming. Thankfully, I was able to super glued it back on. As the plastic peg was seriously digging into my finger without it. Highly advise only change the hair trigger settings on a table while not using the controller. 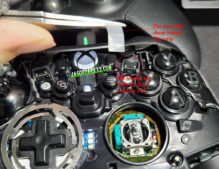 I for one have been using the Elite Series 2 for almost a year and a half. Before having a major issue that required me to disassemble the controller. Most notable repairs I’ve done on my Elite series 2 are replacing the unusually cheap plastic film used in the controller to allow the right bumper to be pressed properly. With my very own D.I.Y. solution which to my surprise worked really well.

The infamous stick drift issue in the right stick returning in different variations. Is what killed my Elite Series 2 controller, without any reliable source to purchase replacement Joystick modules. Each time the drift returns, I must disassemble the entire controller in order to nudge the ring in affected joystick potentiometers. After each repair I get a solid two or three weeks. Before having to go through the disassembling process again. If I would like to use my Elite Series 2 controller.

Making the Elite Series 2 a high maintenance controller when it starts to degrade in durability. Although you could get extended warranty, the hassle of sending your broken controller back and forward just to end up getting a refurbs one if its not repairable by Microsoft. Is not all that desirable process to go through in my opinions. When the standard Xbox controller are more easily replaceable and/or repaired by yourself.

At this point, I practically made the effortlessly switch back to a standard Xbox controller. Although I still use my Elite Series 2 for casual PVE stuff, if I managed to fix it. Nothing PVP or competitive as it became just too unreliable, when it decides to break during a game.

Overall, while I did enjoy my time using the Elite Series 2 controller. The luxury and comfort it provided to my gaming experience was exceptionally superb compared to controllers I have used prior. But lasting only a year and a half as my daily driver controller. Pretty much leaves me skeptical about recommending purchasing this overpriced accessory. Which one would expect to last longer and be better quality. Therefore, just simply stick with purchasing the standard Xbox controllers. Unless you’re looking for a short lived luxury Xbox controller.

THE VERDICT
6
OKAY
Is it still worth it ?