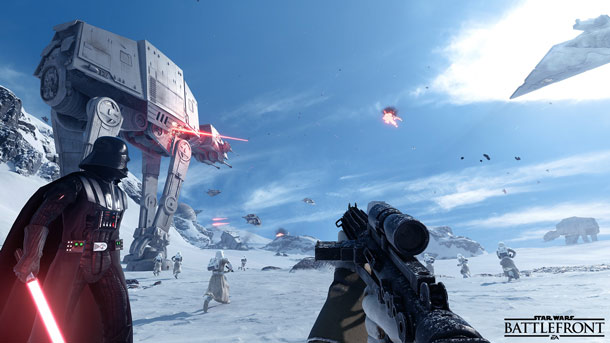 Star Wars Battlefront is getting a beta in October

After an amazing display of feat at E3 2015 and gamescom 2015, EA has decided to give everyone at home a chance to get into the fun before Star Wars Battlefront launches on November 17, 2015. With a Beta, which will be coming in early October to PlayStation 4, Xbox One, and on Origin for PC. The beta will feature 40-player multiplayer battle, 2 maps and 2 modes which are: Walker Assault on Hoth and Survival Mission on Tatooine. In addition, there will also be a third mode called Drop Zone, more details on that in the weeks to come. More details on www.StarWarsBattlefront.com.

EA also took the time to announce they will be releasing a companion app for Star Wars Battlefront.

Just from this paragraph of the press release we can gather a ton about the personalization features of Star Wars Battlefront.

It’s good that EA and DICE are announced this beta, it certainly gives us the chance to elimate any uncertainties we may have just before launch. I seriously can’t wait to see all this in action in the beta on October 2015. More Details to come in the following weeks. Star Wars Battle front launches on November 17, 2015