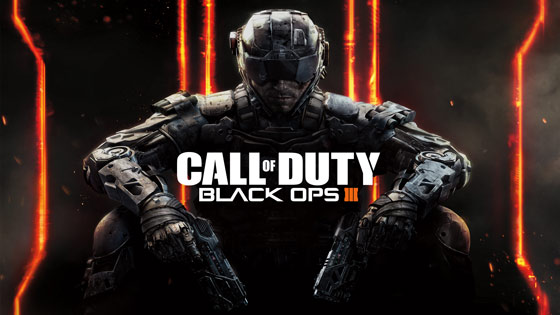 Well, when it comes to Call of Duty games, I think everyone has already either gotten tired or still buying into them annually. But if you’re someone like me who buys Cod games at clearance/sale prices. After experienced being slapped in the face with their ridiculous season pass prices. But hey, if you want a solid Call of Duty game, well the ones that Treyarch makes is probably your best bet. Well their most recent one is Call of Duty: Black Ops 3, is it still worth it?

For starters, if multiplayer/co-op player base is your concern. Then the console versions are probably a better choice. But if you’re lucky as me who managed to pick up Black Ops 3 (PC) for $15CAD or less. You can be assured that there is a steady number of player playing the Multiplayer Team Death Match mode and/or the occasional double XP weekend selected modes. You’ll most likely run into the same people playing, so be sure to play nice.

Call of Duty: Black Ops 3 campaign falls into the Alright/OK when compared to Black Ops 1&2 campaigns. You will play as an unnamed grunt who gets augmentations, after a rescue mission goes terribly wrong. Upon returning to active duty, the player must lead an effort to solve a betrayal case, uncovering a top-secret government conspiracy project in the process. The whole ordeal is pretty messy. While the campaign starts off pretty strong, but by the third Act, all I really wanted was it for it to end. It kinda dragged itself on a bit too much, such as having you either fight large waves of hostiles or having you go from point A to Point B. This becoming repetitive eventually, paired with long and unamusing story, losing interest as it continues to drag itself onwards.

Having played the campaign on Hardened solo, things in the campaign difficulty wise felt just about right. But since the game doesn’t do much hand holding, leaving you to figure out most of the objectives after the initial tutorials. Taking me roughly a good 11 hours to complete the main story, with realistic difficulty, collectibles, challenges, and achievement for the most dedicated Completionist. Leaving a sufficient enough replay value in the campaign alone to push for that 36 to 60 hours, that’s if you haven’t been totally burnt out playing the campaign story.

Much to its dismay of having played the campaign multiple times. Being able to Co-Op it with up to three other players online, on higher difficulty such as realistic requires teamwork and coordination. Since a single bullet pretty much instantly downs a player on realistic, being able to revive others makes the fiasco tad bit easier. It was also a brilliant idea to allow 2 players Split screen play even on the PC, taking in consideration that many along with myself barely touch the campaign mode after the first few runs. Making online 4 player co-op Matchmaking (PC) pretty obsolete, outside of having a friend over to do couch co-op.

Likewise, the Multiplayer of Call of Duty: Black Ops 3 is where the bread and butter is at. As with every Call of Duty games. That’s if you’re playing on the console platforms of course. But things here on PC(Steam) are pretty ok, you can easily find team Death Match lobbies on a daily basis. Objectives modes like Domination, safeguard, hard zone, kill confirmed are pretty much ghost towns until there are daily/weekly contracts featuring them. But the occasional double XP and community events mixes up things to shift player population to other playlists.

In terms of Black Ops 3 Multiplayer maps design and gameplay. Maps in Black Ops 3 doesn’t suffer from the problem which occurred in Call of Duty: Ghost, where maps were too large and not filled with enough players, making it hard to find players fast enough. The problem is actually quite the opposite in Black Ops 3 with the flexible movements maps provide excellent opportunity to flank and find new routes, so you’ll never be limited to one pathway.

Wall run the side to flank your enemies from behind. Clamber the edge of buildings. Use your sliding abilities to get the jump on someone. Endless possibilities. But if you resort to camping that works also but not as effective since the Multiplayer aspect is fast paced and if someone is using the Tracker perk giving them a step ahead of you by tracking your footprints lol. But it seems like the DLC maps are the campiest ones, you have been warned.

The quality of the Player base can range from a typical average player, to your wannabe e-sports God. A typical match on PC can end in one team dominating the other, while in some occasion you’ll run into a lobby with a bunch of casual players that just want to enjoy the game. That’s when Matches feel like a good game. Cause the majority of players would probably be chilling using controllers, whereas the elitist bragging about using M/KB raging in text chat. Kind of makes one wonder why do they still stat whore over a 2-year-old game, taking it way too seriously. Thankfully the PC player is a lot more mature, making infamous obnoxious CoD kids found on Consoles are pretty rare. Overall you can still enjoy a good match in peace.

Most of the replay value in Call of Duty Multiplayer has remained largely the same throughout most of its iterations. In Black Ops 3, you’ll have your player level prestige, weapon levels, weapon camos, and the usual calling cards to unlock. But the biggest is the new full on micro-transaction cosmetics items such as end game taunts and emotes are to be unlocked in the black market via in game currency (Cryptokeys) or real money (CoD points).

Blacks Ops 3 probably has the most customization options. Aside from your calling cards and pick 10 loadouts, you’ll have nine specialist class to choose from. Each With their unique ability and weapon to choose and master. Specialist cosmetic items i.e. head gear, and amour are unlocked via kills challenges ranging from easy to near impossible. But most likely probably going to be stick to use one or two you are really good at or the one that has the best cosmetic items unlocked via black market crates rng lol.

If you don’t like PVP you can play the Multiplayer portion with bots in custom games. Either solo, split-screen with up to 17 bots or team up with online players with a max lobby size of 18 and bots filling up the empty spaces. Making good use of those expensive Multiplayer DLC maps if you haven’t got the chance to play them in matchmaking.

Call of Duty: Black Ops 3 Zombies mode is really a hit or miss horde mode, it’s either you really like it or don’t like it at all mode. But with only one map available by default it’s pretty obvious they want you to spend more money on their zombies DLC packs like The Giant Zombies Map or the new Zombies Chronicles. But even then, finding other players to play the DLCs would be challenging. But with only one map to play on it’s really hard to get a grasp if one should purchase the DLCs in order to get the full experience of Zombies. But being on PC gives you the option to download and play user created zombie maps and mods in private sessions with people/friends that have downloaded the same mods/maps. Which is a pretty good alternative to official zombies but require work to find others to play with on your end.

While the Call of Duty franchise may not be as hot as it was back in the Modern Warfare era. Overall Call of Duty: Black Ops 3(PC) in my opinions still serves as a good Call of Duty game in terms of Multiplayer and the call of duty with the most varied replay value. A good mix of modern and futuristic vibe, just wished they made a better campaign story that’s worth replaying. If you’re not a big fan of the new WWII era, then Black Ops 3 is your best go to for a good time.

THE VERDICT
8.8
GREAT
Is it still worth it ?