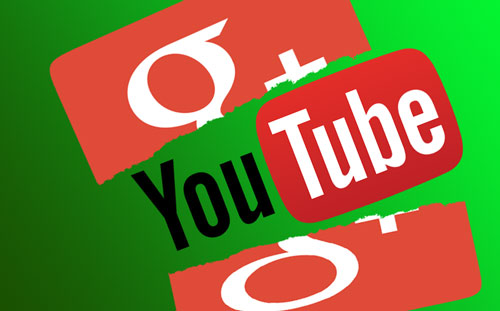 After much displeasure in the wonderful world of YouTube when Google for God knows when they decided to merge their rubbish social platform Google+ with YouTube and making it mandatory for everyone who uses YouTube causing much havoc on YouTube usability. But as of today Google+ will be a thing of the past, earlier today YouTube officially announcing their separation from the social platform in an official Blog post(here). As YouTube finally finalizing them divorce papers lol, the internet is rejoicing in the light of the great news.

So what can be expected in the coming weeks is new YouTube account registration will no longer require a Google account. The YouTube comment section is also getting a major revamp so that no longer involves Google+ and notification will be on YouTube only. Junk comments filtering is also on their priority list. Existing Users can expect to unlink or delete their Google+ profiles eventually, YouTube advises user not to delete their Google+ profiles as of Yet as it will delete your YouTube account too.

Well then things are certainly looking very well as YouTube slowly returns to its former glory. With the mark of Google+ removal I personally hope the YouTube comments section would be an interesting place once again with the unwanted spams and junk comments severely reduce.

But not all celebrations just yet, as one major flaw is removed from YouTube system, the other one still stands, ah yes, I’m looking at you the annoying and flawed Content ID system that allows random companies and/or people to make bogus claims on your videos to make an ad profits off of them. Till that system is removed or revamped in favour much smaller channels without partnerships programs and/or not making any money off their videos. Until the day they correct this flaw is the day I pop confetti and cut the cake.