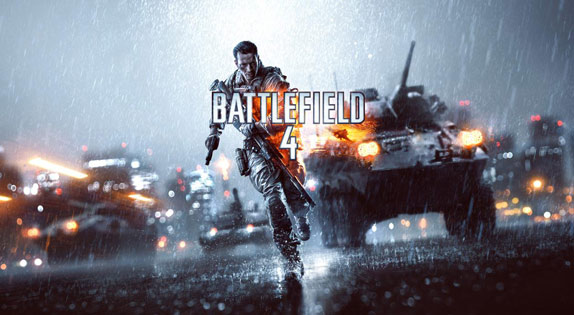 Despite its massive launch problems back in 2013, battlefield 4 today is still considered as the best first person shooter of this generation, till Battlefield 1 dethrones it this October, hopefully…. I’d say.But for anyone on the Battlefield hype train that might be considering picking this up to ease the wait of Battlefield 1. But it's 2016 now is Battlefield 4 really still worth it really?

Well, if you waited this long to be considering getting it, You surely be getting a bang for your buck going low as $4.00 to $9.00 on the digital sales for standard and $29.99 for the premium edition. Respectively Battlefield 4 still holds a $29.99 (Standard) and $59 (Premium) price tag at retailers.

So your best bet is to go digital on your preferred platform. As in my case I picked mine for $5.00 on Xbox One during the Road to battlefield 1 promo that has been recurring since the announcement of Battlefield 1 at E32016. Having been able to snag almost all of its expansions for free during promos. It certainly felt like a confident purchase even for an almost 3 year old Multiplayer focused game.

Battlefield 4 Servers(at the time of writing this)

Much to my surprised the first thing I did was fire up its server browser and lone and behold still a lot of populated and active servers on Xbox Live. So getting into a match was no problem. Gameplay quality wise online was pleasant, smooth, and enjoyable on NA and Europe servers. Though getting into a 64 players large conquest match is no problem as it being the key mode to play in Battlefield games. It’s the other game modes like deathmatch, carrier assault, CTF, and defuse that lack an active server player base.

The 20 DLC maps aren’t a problem either in Battlefield 4. At peak hours you’ll be likely to find active 24/7 servers of the best maps form China rising, dragon teeth, Naval Strike, second assault, and final stand expansions. Plus with the server filters finding your desire game type on your Favorited map is a breeze, though the quick matching has a habit of putting you into a losing match.

To be honest, I haven’t actually played a Battlefield game online since the Bad Company 2 days on PC, it seems those skills I had back then carried over nicely into battlefield 4 considering that I’m starting as a low rank newbie with starter gear. Playing the assault combat medic and engineer vehicle repairman is just as fun as it was in the previous games, probably even better when playing a large conquest 32 vs 32 player cause that's all I do mainly in Battlefield 4 because helping out your teammates and taking and holding objectives actually helps you level faster and unlock better gear.

But if you have never played a Battlefield game before, here’s the gists of things, for starters Battlefield 4 Multiplayer is classed based team shooter; you have assault, engineer, support, and recon. Each with its own unique set of weapons and gadgets which you’ll have to unlock through your progression the multiplayer experience, or not.

By purchasing shortcut packs which will unlock base weapons but not their accessories (i.e scopes, grips, barrels, camp, etc.) which available through battle packs, which also be purchased with real money. But what would that when the majority of Battlefield 4 replay values is unlocking better stuff that takes literally hundreds of hours of incredible feat.

Vehicular mayhem also plays a big role in Battlefield 4 large conquest multiplayer modes. With a large selection of customizable vehicles ranging from quad bikes, apcs, tanks, helicopters, fighter jets, boats to dirt bikes if you have the DLCs giving you a wider selection in each type of vehicle classes.

Likewise, playing with a controller on console means you’ll have a more comfortable time handling vehicles opposed to the dreaded experiences I had learning to fly with a mouse and keyboard, applauds to anyone who master that. But you should be glad to know there’s a test map which allows you to try out weapons and vehicles without having to join empty servers.

Multiplayer maps are varied and highly destructible. Thanks to the frostbite 3 engine which hasn’t age the game any bit. Making it still feel fresh and vibrant. Getting around in large conquest maps on foot does take a considerable amount of time, but with a great player spawn system means you can get right back into the action.

Did you know Battlefield 4 had a campaign story mode? Which was surprisingly good from start to finish. landing itself in the short and sweet category in terms of shortest campaign ever played with it only consisting of only 7 missions lasting you about 4-6 hours of actual story to get through depend your choice of difficulty.

Story wise you play as sergeant Recker an US marine leading Tombstone squad in efforts to prevent the up rise of tyrant admiral who is plunging China in all-out war Against the US. Pretty cliché, but it takes to some pretty nice locales while doing its job as introduction to battlefield if you never played before. Giving you access to most land vehicles (i.e. tanks, anti-infantry), water (simply gun boat), and most guns at your disposal.

In this case Battlefield 4 campaign replay value will last you about 1 or 2 play troughs. Totalling to about 14-16 hours after completing collectables and achievements, otherwise if you played on hard and followed collectable guides on your first play through considering that there any much difference in difficulty.

You could pretty much 100% the Battlefield 4 campaigns in one day and move straight into the Multiplayer where the bread and butter of Battlefield 4 gameplay are at. Overall in my opinions while the campaign is good, but rather short, it's less of hassle to grind through 100% and encourages players to dive right into the multiplayer faster.

Overall in my opinions the expectation of Battlefield 4 still being a worth wild game was certainly met. Packaged with enough multiplayer content to last longer than it life expectancy after three years, though there might be a stir in population after Battlefield 1 release. But I’m confident that Battlefield 4 would still hold its ground as the best modern era shooter alongside Battlefield 1.Therefore I’d totally recommend you to pick it up when there is a sale chance.

THE VERDICT
9.2
AWESOME
Is it still worth it ?