Well, now that we got a glimpse and first-hand experience of Halo Infinite Bot Slayer. I can finally say the long overdue requested Halo multiplayer bots was certainly worth the wait. Although I won’t be going into full details since the content of the flight was so little and subject to change. This here is my short uncensored impressions of the Halo Infinite tech preview (July 29 to Aug 2) before signing away all my feedback to the end preview surveys.

For starters, I was looking forward to trying Halo Infinite on PC. After the preview launch delay (by a day). Just to end up playing it on my OG Halo 5 Limited Edition Xbox One console coincidence, eh? On PC the game just flat out crashed on initial load while using an GTX 970.

Apparently, the minimum graphics card is an RTX 2070 and the recommended is an RTX 3070 upon looking at the logs and chatting with peers who uses better graphic cards. Although the official specs have yet to be released.We should finally get a definite answer after this tech preview test. Guys still using GTX 900 series cards Cheers! But Halo Infinite might be a good excuse to upgrade to a better graphics card. While the Multiplayer is free to play no subscription required on console as well. But damn, when RTX 3000 series cards are like the cost of a second computer here in Canada. Kinda makes one rub their chin, and wonder is it worth it? 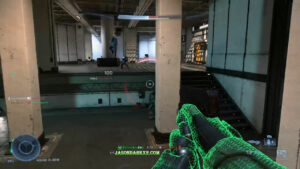 Thankfully 343 industries are still supporting the OG Xbox Ones. Which means there’s a cheap solution to play Halo Infinite. But I honestly wouldn’t recommend it unless you have one laying around. Man did taking out my Halo 5 Xbox One out of storage felt like the stone age. My God the power brick is massive. Overly relived that it’s no longer taking up so much space after packing it up right after the tech preview ended. 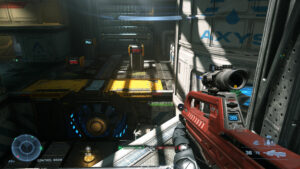 Anyways, playing Halo Infinite on the Xbox One was a just alright/passable experience. The frame rate was bad the first day of the preview. Having messed around with the settings, turning down most of the effects settings to 0% like motion blur and speed effects made it more stable experience. But aiming precision weapons was a terrible experience during this preview. Probably due to the lack of effective aim assists and weapon balancing. Hopefully they’ll adjust this. Otherwise, I’m betting Halo Infinite might be more PC M+K input focus this time around. Since there’s also mouse and keyboard support on console. 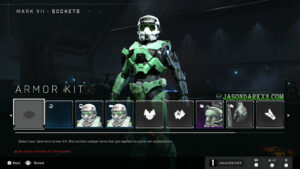 Now time for the elephant in the room. Since Halo Infinite Multiplayer is going free to play many are eager to see how the monetization is going to work. While the tech preview only provided a breadcrumb amount of the battle pass, challenges, and progression to experience. Honestly, it wasn’t anything noteworthy to invest in until we see the full suite of content. But my money is already on strictly staying a f2p player and earn everything through casual play. Which they’ve announced to be a core focus as well. 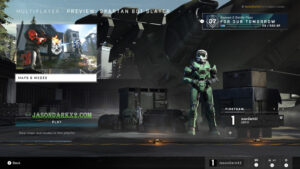 Lastly, let’s talk about the gameplay experience. To simply put it, playing 4(Players) v 4(Bots) Bot Slayer seriously made me miss my Elite Series 2 Controller. As the bots in all difficulty level felt like they were using Elite controllers on steroids effectively jumping/crouch shooting, and throw frag grenades like it was a grenade fest. Deadly accurate and efficient foe. Playing on the highest difficulty was the best experience. As they seem to be even more polished, looking forward to see how they fair in Big Team Battles.

Overall, Halo Infinite Multiplayer felt like a great mix of Modern Halo compared to the previous entries Halo 4 and 5. Although I missed out on the PVP portion of the preview when they enabled it for a small window of time during midnight eastern time lol. I can honestly settle just play with Bots in the final game. Halo Infinite Multiplayer has some serious potential. I’ll be looking forward to the next preview and full game when it eventually releases.