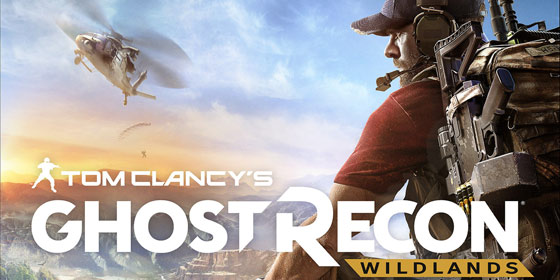 So Tom Clancy's Ghost Recon: Wildlands Closed Beta happened over the weekend, and it may very well reassured many intentions of whether to make the purchase/pre-order on release date or not. Overall the beta left pretty good impressions for me at least. But for those who missed out or didn’t have time to play, here are some my highlights and lows from the closed beta experience.

Starting off with the highlights of Ghost Recon: Wildlands closed beta is map size and exploration. Having only a small area areas of the entire map to explore during the beta it certainly was satisfying with breathtaking visuals featuring a rocky mountain biome terrain of Bolivia brought to life by its NPC citizens, and hostile environments.

Couldn’t help wonder off into exploring the uncharted landscape by foot or by chopper. Exploration may very be Ghost Recon: Wildlands biggest selling point can’t wait for what the rest of the world map offer in the varied big landscapes to venture and explore in the full release.

Well, it was no doubt that the customizations in Ghost Recon: Wildlands is being vastly superior in comparison to what we’re used to in the Division. While we are still choosing from a set preset face to use, the selection of faces is good as it literally took me 30 seconds to choose a face, should mention that your character's gender and physical traits can’t be changed after creation.

But that isn’t a problem as you’ll get up to 12 slots of customization seven being body (Tattoos, Tops, Vest, pants, footwear, hand wear, backpack) and five which are for the head (eyewear, face wear, Headwear, headsets) more than enough hopefully. Like guns you could apply different camos to your clothing. Overall, it was perfect for me, can’t wait to see full wardrobe looks like.

Weapon customization is also a big one with the return of gunsmith; you could pretty much customize any part of your weapon with the mods you unlocked. Weapon paint is unexpected feature that worked really well for personalizing your weapons; you could apply different camos to different parts of your guns or use presets. While weapon features was limited in the beta, certainly can’t wait to see it fully realized in the full release.

Story wise, it was largely forgettable, as the closed beta probably didn’t want to spoil any major plot before its release. The gameplay itself certainly overshadowed the story itself. Personally didn’t care about what was going on, and was only interested in stealthily progressing through missions in co-op, or at least try, as plan B is going in full guns blazing, is just fun as long as you’re not in Ghost difficulty, the higher difficulties would require good stealth or competent co-op partners in order to succeed.

As for gameplay, the concept of open world military tactical shooter with has been an extremely fun one. Whether it be playing solo or co-op you have many different ways of approaching things either stealthily infiltrate the target area on foot or take a helicopter and parachute down guns blazing, there’s isn’t a mission failed screen as the objectives would change on the fly forcing you and your team to adapt.

One mission have you steal a car, do you quietly neutralize everyone?, start a firefight which alert enemy reinforcement? Or do you make a run for target objective and get away with it to target destination? Proving endless way to tackle the situation is what really made the game fun. Playing with one other co-op partner with a mic makes the experience even better as AI can only do so much compared to human players at your aid.

While there a lot of pressing concerns circulating about the game. For example the game being too casual and not hardcore tactical enough. But hey, it’s a game not real life simulator. Therefore, my biggest gripes with the game is the lack of intelligent AIs breaking the immersions, You could very well be prone next to a boss and they won’t even know you’re next to them until you’re directly in their sights within 5 feet.

Your AI companions don’t feel like they are doing anything unless you specifically tell them too, otherwise they’ll camping up top mission area until you go down to come in for a one time revival or they somehow magically give away your positions when playing solo. Enemy NPC doesn’t search last known positions and go straight to players positions. Even in co-op when you’re constantly on the move within an area, Unidads faction will slowing make their way to you. Until you are completely out sight and out of the area

The next major issue is vehicle handling feels overall clunky; flying helicopter is the worse in its current stale as you can’t correctly pitch to get speed it feels like the same speed as driving on land. With the wide variety selection of vehicles readily available, most of them feel the same as driving a sport car feels roughly the same as a dirt bike oddly.

It would be nice if they added unique handling and physics. While not a deal breaker, the vehicle handling certainly needs to be addressed. Along with some the bugged animations in regards to some objects and player interactions would need some adjusting too. While it’s understandable that bugs being a beta, there’s quite a lot present in this closed beta, too many to list actually.

The overall experience of the closed beta was an enjoyable and fun one. Leaving me wanting more, can’t wait for the full release. But Ghost Recon: Wildlands based on the beta isn’t in a perfect state, with less than a month till its release on March 7, 2017, can Ubisoft polish everything in time? Well, in my opinions, it’s probably best to wait a one or two months after its release to see.Considering the release calendar for other gaming related stuff in March 2017 it’s certainly going to burn a hole in some wallets.