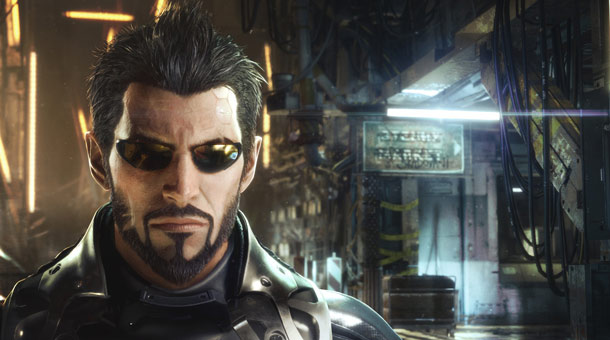 The long awaited Deus Ex: Mankind Divided gets some pretty interesting details coming out from PAX 2015. When Square Enix unveils Mankind divided collectors and official release date of February 23, 2016. It wasn't that bad until they announced the pre-order bonuses which were obliviously a massive, elaborate cash grab plan, with over 8 digital content locked behind this pay wall, but the final pre-order tier is the one that has gotten everyone on the internet angered and offend.

Ah yes, just look at this bloody mess. 4 tiers of goodies, but you only one of each in each tier what is this nonsense, so four extra content and 4 days early release date. Hubbub what you say, Square Enix. If they reach maximum pre-order goal they will release the game four days early. Yeah, you heard it, they confirm they could release the game 4 days early, but decided to put it behind a massive pay wall. Talk about offending your fans and customers for the crash grab scheme. 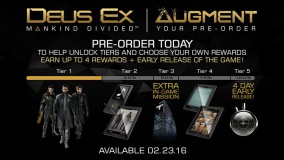 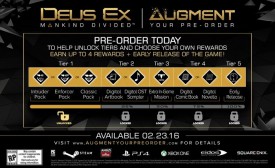 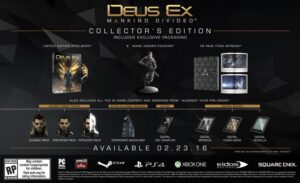 Deus Ex Mankind Divided collectors edition
Talk about taking pre-orders bonus to a whole new level of horrible. Like come on Square Enix if you knew that you can release a game 4 days earlier why put it behind a pay wall. It's morally wrong and bad business practice. That does nothing but piss off your fans and customers. I for one never pre-order games, but I urge fellows gamers to do the same. So we will never have these kind of bad practices happen. So do you agree or disagree? if you still want to Pre-order here are the links:
Square Enix store(US)
Square Enix store(EU)
Tags:Deus Ex, game announcement, Square Enix